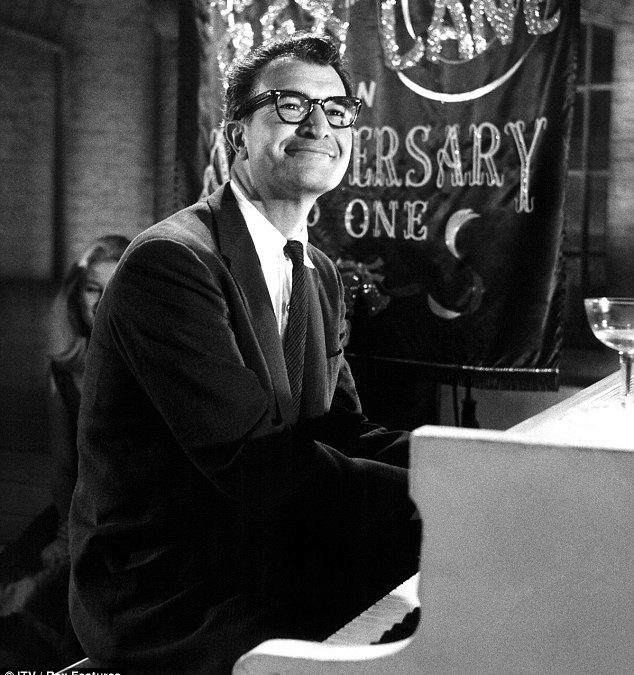 Pvt. Ray Wax landed on Normandy Beach 21 days after the invasion. D-21. The war had moved on. Wax was in General Patton’s Third Army, the Lucky Rear.

Wax had got himself assigned from the PX, the U.S. Army base retail store, in Yeovil, Eng., to an intelligence unit, where he hoped to see some action. In fact, he had gone from running the PX, a military convenience store, where he distributed cartons of cigarettes, cases of whisky and packages of nylons, the new coin of the realm, to standing around a blood-soaked beach looking for something to do.

Wax noticed his sector filling with men back from the front. They shuffled around, their eyes glazed over. Battle fatigue, they called it. PTSD we call it.

A dog robber’s treatment for PTSD

Wax saw his calling in those men’s eyes.

“There was nobody to treat them,” he recalled. So he went to the officer in charge of his unit and offered to help.

“I can set up movies and run ’em by day. I’m going to go back to the beaches; pick up crates and I’m gonna build myself a shadow box.”

The officer, a colonel, shrugged and let him go.

Wax noticed the beach was filled with gigantic crates left over from the invasion. Perfect for a stage, he thought. So, he got hold of a truck, loaded it up with wood slabs from the crates and off he went. Add some flooring from some houses the Germans had left behind and his stage took shape.

“I used charcoal and had the guys black down the interior, and I was able to show films during the day. I could seat 300 men in front of that box.

“That was the first real recreation in the replacement depot in France.”

Well, you don’t hail a truck in wartime. There’s never one around when you need it. And you need a crew to break down those crates and load them on the truck. But some officer always has one under his command. So you have to pry it loose. And then you need skilled men to put the stage together. Where did Wax get them and the charcoal? We’ll never know the answers to these questions.

But we know one thing: Wax, a lowly private, had a colonel and a sergeant running interference for him. Par for the course. He had had four officers and 144 men under him when he ran the Yeovil PX. So he was an old hand when it came to getting what he wanted.

What’s more, he had the creative smarts to dream up the stage and see what parts were needed and where to get them. Plus the hustle.

In short, he was a dog-robber – a scrounger par excellence.

“I went to my drunken colonel, who was marvelous, and asked him for a 2 ½ ton truck. He gave me the truck and I carried these six sections of prefab flooring.

“Everywhere I went, I could drop down and I had a stage. I put that stage all across France. I put on Dinah Shore. I put on Bing Crosby. These were live shows comin’ in behind the men.”

How to save a jazz giant

So where does Pvt. Brubeck fit in? And why did he need saving? And how did Wax save him?

Well, to put on live shows, you need a band. Wax recalls he recruited a sax player who had a piano player in mind. Name was Dave Brubeck.

“I talked to his piano player. ‘Who do you play like? Stan Kenton?’ ”

Brubeck answered in the affirmative and got the gig. But Brubeck, the piano player, was also Pvt. Brubeck, an infantryman, assigned to a replacement depot.

“He’s being channeled into some unit that lost a dozen men. And he’s goin’ right into battle. Cannon fodder. You could tell the guys were scared shitless and wouldn’t make it,” Wax recalls.

“When I pulled his form, he couldn’t move forward. It’s like he disappeared. That’s what I did with 18 people in the band. I held their form 20s.

“I had the power of life and death.”

So Brubeck and 17 others stayed alive and Wax had his band.

Who was Dave Brubeck?

For those who don’t know, Dave Brubeck survived the war to become a jazz legend. Brubeck was a leading player in the cool school of jazz. Cool was known for its relaxed tempos and lighter tone in contrast to the fast, hard-driving and complex bebop style of Charlie Parker.

It was the first jazz album to sell a million.

While Ray Wax saved his life, Brubeck’s wife Iola Brubeck, his manager and producer, promoted his career and may have saved jazz in the process.

In the ’50s, many jazz musicians suffered from drug addiction that made them notoriously unreliable and unbookable performers. Brubeck and his trio were anything but. Still, the college admin needed convincing to book the jazzmen.

“We discovered that the best audiences for Dave’s music were really a young musical audience, preferably music students,” Iola Brubeck recalled.”… (So) I sat down and wrote to every college up and down the West Coast that I thought was within driving distance of where we lived in San Francisco and offered our services. … ”

Iola Brubeck was also an educator, who developed one of the first jazz appreciation classes and taught it with her husband at UC Berkeley in 1950.

“As an educator, she expanded the public’s understanding of jazz through her teaching, interviews, and writing of magazine articles, program notes, liner notes, and The Dave Brubeck Quartet Newsletter,” wrote Iola Brubeck’s biographer, Susan Childs Matheson.

Dave Brubeck’s success depended largely n Iola Brubeck’s intelligence and management skills, Matheson claimed. And a huge part of that was getting the Dave Brubeck Quartet on college campuses and allowing them to record such best-selling albums as Jazz Goes to Collegeand Jazz at the College of the Pacificin the 1950s.

Soon, Brubeck became a jazz ambassador, touring the world on behalf of jazz.

In 2009, Brubeck became a Kennedy Center Honoree for excellence in the performing arts.

Ray Wax survived the war and went on to become a successful stock broker in New York. Wax’ recollections were part of Studs Terkel’s book The Good War, an Oral History of World War II.

Treasures discovered along the way

Brubeck was cool but he could also play the blues. Here he teams up with Count Basie alumnus Jimmy Rushing.